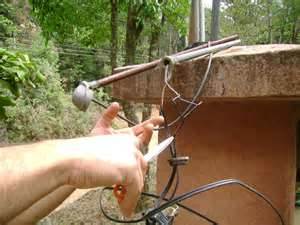 I suppose culture shock only exists if you have enough of a handle on the culture concerned to realise that it differs from your own…..and that culture doesn’t have to be foreign.

I remember being on holiday in Luxor years ago where my husband taught me to swim….well, to keep afloat…in the pool at the hotel.
There were not many guests in the hotel, but those around the pool seemed all to be British….middle aged couples and a few families with children, most of whom were in the pool, throwing balls about and enjoying splashing as much as swimming.
We were reading in the shade when we became aware that a little girl was parading round the surrounds of the pool and that in her wake people were gathering up their belongings and heading for the hotel.
Our turn came and we too skedaddled.
The little girl was pulling forward her swimsuit bottom and asking if we wanted to see her willy.

Whatever was going on there, it was certainly culture shock and we wanted no part of it!

Running recently between Costa Rica, France, Spain and England I had an exposure to different cultures – so brief in the case of Spain that I hardly had time to register more than that the cleaners all seemed to be of Arab appearance and the ticket clerks laughed and said ‘Pura Vida’ when I booked my train journey using my best Costa Rican Spanish.

In France friends told me of their troubles with their bank…..who did not take out the standing order which paid their mortgage and promptly took them to court for non payment.
They were lucky enough to have a tough minded retired Belgian lawyer friend to stand up for them as it was clear that the court was minded to ignore the fact that the bank had not taken the money in order to concentrate on the non payment……

And I have just read the latest episode in the dreadful saga of the Hobos in France blog…apologies, but I cannot get a link to work…which bears out my own and others’ experience of the French legal system…if in doubt lose the papers and if all else fails…lie.

Coming from a background of English law, it shocks me…but I have a nasty suspicion that the English legal system has now gone so far to the dogs in terms of accessibility that it is emerging at the nether end.

The Costa Rican legal system has…so far…been good to me and I do like the attempts made by the judge to reconcile the parties…..as far as possible from the English mindset where it is thought that if the parties have come to court it is because no reconciliation was possible and the court is there to try the matter.

But there is a general reluctance in Costa Rica to have an open disagreement….it is seen as impolite and uneducated to brawl and shout the odds.
You express your disagreement non verbally…by not doing whatever it is that the other party wants.

So I followed the Costa Rican cultural norm when considering what to do after a conversation with another immigrant who lives up on the mountain between us and the town.

He is an American, or, as I have now learned to say, North American, and is a lawyer.
He bought his finca from another North American, and became distinctly disgruntled when he became aware of the difference between the price he paid and the sum his seller originally handed over. In consequence he has become somewhat of a dog in the manger where his property is concerned.

I met him on the back road to town and, amazingly, he stopped his car and got out. He does not usually speak…I suppose as he isn’t being paid to do so he spares himself the effort.

Bypassing the usual courtesies he informed me that the poles bearing the ‘phone line which passes over his property belonged to him. A man had offered him a good price for these poles….but he would give me the chance to buy them, in order to be able to keep the ‘phone line.
Unimaginable…that he thinks I’m stupid enough to come up for that, and that anyone would even contemplate threatening to remove someone’s ‘phone access.
Not to mention that there are several others on this line…among them men with machetes…

My first instinct was to tell him to stuff the poles where the monkey stuffed the nuts…..but, being in Costa Rica, I smiled and said I would think it over.

Up in town I dropped into the ICE offices (electricity and telecommunications) and recounted my tale to Don Carlos on the desk. He telephoned someone in the back office who emerged, print out in hand, to demonstrate that the poles belonged to ICE and that any attempt to meddle with them would meet with disapproval.
He then attempted to sell me a mobile ‘phone to be able to contact them should any such thing occur.

So, sure in my rights, I did nothing.

But if he comes the old acid again I shall encourage Don Antonio to remove the copper cable whch runs over his land, carrying the power for the North American’s water pump.

18 thoughts on “A Muddle of Mentalities”