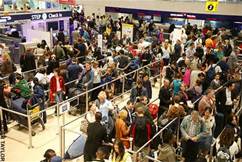 Things have been somewhat eventful here lately: Leo has been diagnosed with COPD – as if he didn’t have enough medical problems to fill a doctor’s waiting room to overflowing as it is – and we have been clearing up after Saturday’s hurricane which took the tops from a fair number of trees but which left house and livestock sheds undamaged.

The last remnant of the storm appeared today: a highly indignant crab found on the balcony, menacing the poodle with its distinctly large nippers.

Crab removed with tongs to the stream, poodle comforted with biscuits and the two big dogs awarded biscuits as well, as they have decided that they were traumatised by the hurricane (which they spent tucked up on our bed) and are being needy. Black Tot has just helped herself to biscuits…nothing disturbs Black Tot, but she never misses a biscuit opportunity either.

I am cooking for the freezer, as I am off to England shortly for mother’s one hundredth birthday bash….and between arrangements for here and for there I really do not know whether I am coming, going, or been.

First of all, mother had thought to celebrate her birthday at the house in Spain – with her friends, known to me as the Naughty Nineties. Needless to  say, the logistics had been my problem.

The mere idea of transporting them to the end of the road without the assistance of sheepdogs and cattle goads is enough to give me the heebie jeebies…but to  Spain?

Ryanair, who run planes to the new airport at Castellon half an hour from the house , were helpfulness itself. I could get all the wheelchairs and zimmer frames aboard without problem….

However, getting the Naughty Nineties to Stansted airport was another matter.

National Express coaches could not take all of them on one coach…which would mean half the party lost in the loos at Victoria Coach Station while awaiting the stragglers and the process being repeated at Stansted airport….though there again the airport was helpful: staff were available to deal with people needing assistance.

The train? Forget it……crossing London on the Tube with the Naughty Nineties was out of the question.

A taxi? The only thing on offer was a stretch limousine used for hen parties….which mother turned down on the grounds of moral turpitude. Goodness only knows what you might catch…

So Plan A was abandoned…much to my relief as I could see that once in Spain I would have been doing the cooking for a group whose dietary requirements would have been stringent on the home front  – All Bran to open the bowels, hard boiled eggs to stop them up again, plenty of beans to provide musical accompaniment – while going the whole hog in the caffs…requiring Alka Selzter and Milk of Magnesia on the industrial scale once back at the house.

Further, that week would have coincided with a village fiesta where bulls run loose in the streets: you look left, look right and look left again before you leave the supermarket in case something taurine has you in its sights.

I suspect that the bookies would have their money on the Naughty Nineties and their zimmer frames but the whole thing seemed fraught with undiplomatic possibilities….

So mother is going to Winchester for her birthday, where she she served in the army in World War II: where she met David Niven: where she was taught to fire a rifle and to throw a molotov cocktail into  the turret of a German tank: where she adopted the phrase of the sergeant instructors…’take one with you’. …and where she learned the words of and actions to ‘The Spaniard who blighted my life’.

She is also…and the Guildhall have been warned…seeking the visitors book entry in which she and the girls who served with her signed their names together with that of the young American serviceman who was adopted as a brother, taken home to what hospitality their families could offer… and who disappeared off the radar after June 1944…

From the practical point of view, Winchester being as hilly as it is, I’ll order a taxi to the heights where the barracks which she knew have been perverted into luxury flats…long gone the days when Sir John Moore,  master of the light infantry once based there, inveighed against the promiscuity of crowded lodgings…but where once these conditions were imposed on the soldiery in these days the well heeled bustle to live cheek by jowl. 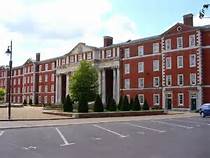 Thence we can visit Oliver Cromwell’s Battery to see the house in which she was billeted on an elderly lady who had an art when it came to using mother’s rations to feed both of them – pass the castle with the Round Table then out through the city, past the cathedral to the monastery of St.Cross, where bread and beer are still served to those who declare themselves as pilgrims…

By that time I’ll need both as we shall then be wending our way back to the cathedral to admire the memorial to the diver whose contribution was vital to the restoration of the building.

And what will the Naughty Nineties be doing?

Preparing a party for mother on her return.

I prefer not to think how they will blow up the balloons….