It has been a trying time. Routines overturned, projects abandoned, things left on the back burner until suddenly recalled to mind…or not, as the case might be!

Remarkable as it might seem, I have decided to put aside the minefield of the digitalisation of bills as demonstrated on the taxman’s website until I feel able to cope with something which seems to be a hybrid born of a crossword puzzle and a query as to when did I last see my father…but which would seem to indicate that I will be taxed on rental income even if the tenant doesn’t pay. I do wish that Costa Rica would stop seeking advice from the EU when it comes to tax…

Top marks to the health service,  though…apart from the secretary at the local clinic who has been her usual stupid and uncooperative self. It seems to be a feature of the Caja – the NHS of Costa Rica – that while the professional staff go the extra mile for their patients the secretaries could not give two penn’orth of cold gin whether the patient lives or dies. Probably prefer the latter as being one less to interrupt their care of their fingernails…

A series of disturbed nights has left me feeling lethargic….though the dogs have done their best to cure me of that by deciding to practice  herding the sheep, who take great exception to the idea, thus requiring my intervention. Einstein does not join in. He has other ideas. Flushed by his success in catching and eating a vulture he treks from tree to tree in search of another…

My cleaning woman has also done her best to liven me up….Sunday afternoon produced her wailing at the door having decided not to go to her only grandchild’s birthday party because her daughter in law had snubbed her. I tell you, after sorting out her in the flesh, daughter in law and son in successive telephone calls on the lines that

A…the grandson would be upset by her absence

I was ready for a cup of tea and a lie down in a darkened room.

The car, of course, has joined in by catching a lurgy in its starter motor so while the Cuban electrical wizard in the town is sorting that out the car is parked on the drive, ready for a downhill start should it be needed in an emergency. Just as well it is not an automatic.

I can’t settle to solid reading just at the moment, which is a pity as I had just taken down the Putney Debates of 1647 to renew my acquaintance with Cromwell, Ireton, Rainsborough and Wildman….trying to establish a new order in a land broken and divided by civil war.

It strikes me that there is currently a civil war in the U.K. – one waged by the rich on those purposely kept poor – and a new order is urgently needed….but the development of identity politics will do nothing to assist the process.

I must admit to fantasising about a modern Cromwell entering the House of Commons and addressing individual M.P.s as drunkards, whoremasters, jugglers and cheats before launching his attack on the institution itself.

which you have dishonored by your contempt of all virtue, and defiled by your practice of every vice.

Ye are a factious crew, and enemies to all good government.

Ye are a pack of mercenary wretches, and would like Esau sell your country for a mess of pottage, and like Judas betray your God for a few pieces of money.

Is there a single virtue now remaining amongst you? Is there one vice you do not possess?

Ye have no more religion than my horse. Gold is your God. Which of you have not bartered your conscience for bribes? Is there a man amongst you that has the least care for the good of the Commonwealth?

Ye sordid prostitutes have you not defiled this sacred place, and turned the Lord’s temple into a den of thieves, by your immoral principles and wicked practices?

Ye are grown intolerably odious to the whole nation. You were deputed here by the people to get grievances redressed, are yourselves become the greatest grievance.

Your country therefore calls upon me to cleanse this Augean stable, by putting a final period to your iniquitous proceedings in this House; and which by God’s help, and the strength he has given me, I am now come to do.

I command ye therefore, upon the peril of your lives, to depart immediately out of this place.

Go, get you out! Make haste! Ye venal slaves be gone! So! Take away that shining bauble there, and lock up the doors.

Nothing like WordPress for cocking up font, not to speak of hiding the categories and tags item….but nothing like the seventeenth century for robust language.

And from later in that century my current earworm is this song from ‘The Indian Queen’ sung here by Alfred Deller. Words by Dryden, music by Purcell.

It is rather comforting to keep up with the blogs I follow…proof were it needed that the world is still on its axis despite our local disruptions….so thank you, fellow bloggers and friends, for keeping me sane.

Our house in San Jose is let to a lady from Nicaragua who runs a restaurant in the front porch and erstwhile garage while harbouring an ever growing number of family members and dogs in the house itself. This has involved making alterations, but she has respected the fabric and style of the house in every respect. You could remove her alterations and the house would be just as it was. 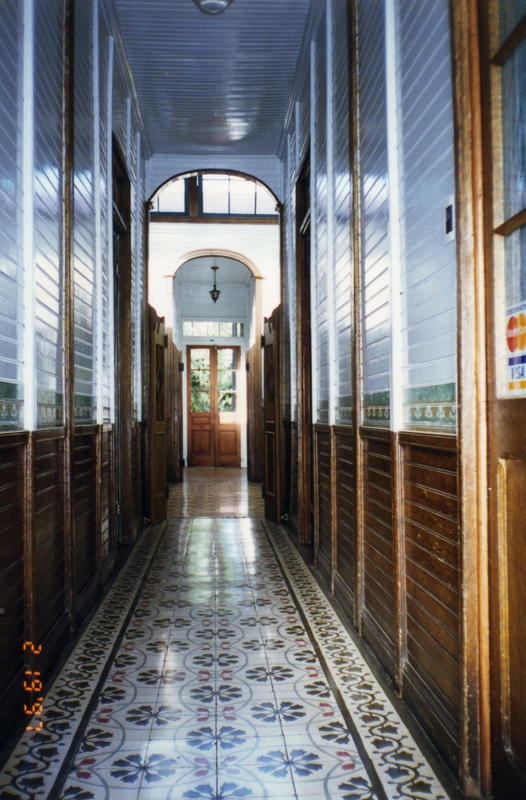 She rang Leo yesterday to discuss a problem.

Over the years there have been a variety of tenants….

When we used the house ourselves there was the man learning the trombone….who started to practice at ten at night when he returned from work. He was finally silenced when the owner of the music school in the next street – which began classes at eight in the evening – complained that he was putting off his pupils and persuaded the owner of the house not to renew his contract.

According to the lady now occupying the house there have been, variously, a man practising karaoke in the early hours – which set her dogs barking – and a bright spark who tapped into her water pipes, not to speak of the nude sunbather on the upper floor balcony and the young lady who threw her baby’s soiled disposable nappies into ‘our’ garden on the grounds that it was an ecological crime to flush them down the loo.

Remonstrances addressed to the owner of the next door property – a big wheel in the cultural world – were met with the cry that all his tenants came from good families…which was why, we supposed, that they were living alone in bed sitters, the good families being unable to appreciate nocturnal trombone music or the hurling of nappies.

And there was the nub. There is a tremendous prejudice in Costa Rica against Nicaraguans.

‘They come here to sponge off the health service…they work black for little or no pay, cutting out Costa Ricans….they are a bunch of thieves…violent…drug traffickers…’, you’ve heard it all wherever prejudice rules, but it was upsetting to come across the same gravy from someone involved the world of culture, where tolerance should be the norm and is, indeed, demanded.

Our tenant came to Costa Rica with the idea that she would earn enough money to buy a house in her home town for her mother and see her secure. She went through all the immigration procedures and is fully legal here. So well has she done that she has not just her mother’s house, but another house alongside to rent out, earned by honest work and self denial.

She always thought that she would return to Nicaragua to enjoy the fruits of her labours, but with the current state of civil war there she has had to revise her views. A member of her husband’s family has been shot by thugs in the pay of the Ortega government…others in the family are short of food and petrol and though she would like to go to them to help them, there is no reliable public transport, nor any way of sending food  parcels…

Her mother, on a visit to her, is beside herself with worry about the family…but there is no way that she can go back there as things stand.

So, with a business to run and family members to look after, the last thing she needs is a problem with the owner of the house next door but, as she said, there are some things which you just can’t ignore…

There has been a shake up of occupants….the owner is now letting the rooms to members of the performing arts fraternity – so at least there is no more karaoke. However, there are other problems.

The tenants tend to enter late and have rowdy parties into the early hours…not ideal for the children in her family. Polite requests to keep the noise down are met with the response that if she doesn’t like it, she can go back to Nicaragua.

So much for tolerance from the performing arts fraternity.

Then, very nastily, they have accused her of homophobia…being an ignorant ‘Nica’.

Two of the male tenants are decidedly camp, it appears, and they have accused her of being afraid that  they will corrupt her children.

As she says, she has neither said nor thought anything of the kind, though the men concerned are wide of their mark if they think that being accused of homophobia will harm her reputation in one of the last central barrios of San Jose to maintain its traditional working class character, despite the burgeoning number of lawyers’ offices and a stained glass workshop.

Costa Rican society in general is not particularly accepting of what it regards as deviation from the norms – as witness the alarming success of the Evangelical candidate in the Presidential elections who stood on a platform of ‘family values’ – and I can safely say that it will be a long time before a transgender loo makes its appearance in that particular barrio. Even in the stained glass workshop.

But the last straw came about when one of the female tenants decided to introduce the area to performance art. Either that or she was as  gassed as a Ne’erday tinker.

There is a large junior school over the road and mothers meeting their children tend to come to the restaurant for soft drinks and cakes before going home. This was the moment when the ‘artiste’ emerged from her house and began to dance in the road…nude but for tassels on each nipple and a tiny sequinned cache-sex.

She is, apparently, built on a generous scale and made quite a sight as she whirled and pranced, bawling encouragement to passers-by to join her.

The which, apparently, they did not. Reactions varied from legging it from the scene before wives heard of it and made unwelcome accusations – it is a small world in that barrio – to catcalls from taxi drivers and the lady from the greengrocers calling her a shameless hussy.

Meanwhile, as you might imagine, the restaurant was full of children asking ‘Mum, why is that lady…etc’.

I don’t know whether the said lady stopped of her own accord or whether she was persuaded to desist but my tenant is clear.

She can do what she likes in the privacy of her room…but not in the street to frighten the taxi drivers.

And no, gentlemen, I do not have a photograph.