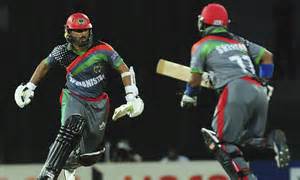 Yes, I know that it is summer here…a summer which has come roaring in with searing heat and high winds, drying off the pasture and presaging no good for the months to come.
Still, summer or no, I have been hibernating.
Under the weather myself before Christmas, husband since after a spectacular fall resulting in large hole in leg, ten stitches and daily dressings at the clinic.
Then my dear Alsatian died, attacked by a galloping form of cancer, followed days afterwards by his ancient friend the Costa Rican King Charles Corgi….it might have been old age, but I fancy it was more like a broken heart.

Still, visitors arrived to rouse me from my torpor and the door to the hibernation cave is sealed up. Life, changed though it is, goes on, though no tail thumps the floor waiting for the breakfast egg.

I am following Scotland’s ‘progress’ in the World Cup….the One Day Cricket World Cup, that is.
Somewhere, distantly, I hear Adullamite beating his breast and crying ‘Ichabod‘ at this example of the decline of Scots values, but follow it I do.

As always with Scotland’s teams in whatever form of sport they suffer from an excess of sportsmanship.
They like to make opposing teams feel at ease by giving them vast leads and then fail gallantly to overtake them.

I consider that this is all down to the example offered by that flower of medieval chivalry the Good Sir James Douglas, companion in arms of the Bruce in the Wars of Independence who, charged with taking the (by now dead – yes, I know, but we are speaking about Scots here) Bruce’s heart on Crusade to the Holy Land,
A…hung about a bit before doing anything about it – Scottish team captains demonstrate the same tendency…
B…went on Crusade to Spain instead….Scottish football fans know the way by heart…
C…disobeyed orders and found himself cut off at which point he hurled the heart in its container ahead of him and followed it to certain death, bellowing ‘Lead on brave heart as thou was wont to do’ – a practice followed, though with less poetic language, by Scots rugby players and with the same result. Marmelised.

Add to that disadvantage the obligation on national teams to sing that dirge ‘Flower of Scotland’: and you begin to understand the obstacles to success under which they labour.

What was wrong with ‘Scots Wa Hae’, I should like to know,

Now that should inspire a bit of gumption!

‘The Ball of Kirriemuire’, as will be evident to anyone rash enough to look it up on Youtube, while well in the running in the enthusiasm stakes is more suitable to a victory celebration and is thus but rarely heard.

So far in the World Cup Scotland have been defeated by New Zealand – though they can comfort themselves with the thought that there is a great deal of Scottish blood in New Zealanders, not only from historic migration but also from ears bitten in encounters on the rugby field with the All Blacks.
I suppose that the Scottish cricket team should thank their lucky stars that the match was heralded by a Maori playing a didgeridoo rather than by several All Blacks performing a haka.

It’s enough to make you want to lie down in a darkened room with a cup of tea.

Unfortunately, Scotland have also been beaten by England.
For which there is but one appropriate musical reference…the piobaireachd ‘Too Long in this Condition’…. which while you’ll need the stamina of an ox to see it through to the end, does give time to smother all the untoward language which you might – if a Scot – wish to use on such an occasion.

After these performances Scotland can look forward to meeting Sri Lanka….prepare the mourning garments and the jet jewellery: Bangladesh….whose Asian players will perform the best?…and Afghanistan.

Scotland versus Afghanistan.
Given the current disparity between the teams the result can only be a re run of ‘Carry On up the Khyber’

And I have a horrible feeling that it will not be Scotland carrying on in the competition.