The game of cricket and the music of the Rolling Stones have been two constants in my life….two separate threads which I never thought to see entwined: true, Mick Jagger did have a chateau in the area in which I lived in France and had links with the local expat cricket team, but as their captain was aware that I considered him to be a sycophantic snob of onanistic tendencies I was not invited to watch any cricket there. 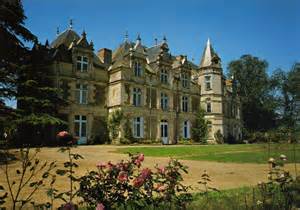 Their team once played our bunch of antiquated British and uncomprehending French: they rejected the field in front of a lovely local chateau as being on a slope (I bet they wouldn’t have objected to the slope at Lords) and insisted on using the football pitch instead, set in the heart of the low cost housing on the edge of village, complete with canine calling cards and an open drain which had a magnetic appeal for our one and only cricket ball.

They played the game as taught by their coaches in their school and club sides in England.
We, lesser breeds without the law, played cricket in the spirit of the Gilbert and Ellice Islands where vendetta ruled supreme.

So bemused were they by the donkey drops, the underarm deliveries (it was after lunch) and our French umpire’s understanding of the Laws of cricket as translated by my good self that we won and they went home in high dudgeon.
Bad cess to them.

So imagine my surprise to tune into the T20 match(short form of the game) between Lancashire and Yorkshire yesterday only to learn that the fans of Yorkshire – that most dour of counties – had voted for the Rolling Stones’ ‘Start me up’ as their contribution to a summer playlist for cricket followers.
I might not have been surprised had their choice fallen upon the Lyke Wake Dirge…but ‘Start me up’….!
Cricket had undergone a sea change since the days of my youth.

It used to be a serious business….county matches of four days..Test matches (internationals) of five…
No music…no rituals: except when the Queen shook hands with visiting international teams during the Test match at Lords.

The players were normal men…recognisable.

I remember watching a Surrey v Yorkshire match at the Oval: a bored and portly Yorkshire fielder – Doug Padgett – passed his time by trying to balance on the boundary rope. The section of the crowd in his area became more interested in his attempts to perform his version of an Indian rope trick than on the events in the middle – but nobody cheered, booed or commented on his prowess.
We unwrapped our sandwiches, ate our pork pies and enjoyed the spectacle with what the French would call British phlegm.

Then the powers that be decided that cricket was too slow….they dropped players like that prince of batsmen Ken Barrington….only to bring him back when his flashy replacements couldn’t stand up to the physical harm caused them by the West Indies bowlers.

Bowlers who bowled – or threw – at high speed, in an era when batsmen wore no helmets and their idea of protection was to tuck a towel into their trousers.
Look at the body of Brian Close after an innings against the Windies:

But the administrators of the game knew that the bloodsport attracted crowds…and instructed the umpires that they were not to penalise the West Indies bowlers.

The rot had set in.

English cricket had had a semi feudal character long before when the Gentlemen (well paid amateurs) had managed to bring the Players (poorly paid professionals) under their thumbs in the nineteenth century.
No more could a group of players set up their own teams and tour abroad or at home.
There was money to be made…and the establishment moved in.

And where you have an establishment you have control. Should a player in a county side defy his masters he was out…..if he wanted to move to another team he had to wait to qualify for four years…four years in which his talents would atrophy.

Gone were the days when a bowler who turned up for the match gloriously drunk and proceeded to marmelise the opponents could suggest to his club committee that – given the results – it would pay them to pay him to go on the rantan before every game….

In the aftermath of the ‘Bodyline’ controversy that great bowler Harold Larwood was thrown to the wolves: not so much to satisfy the Australians – grumpy because their hero, Bradman, had been shown to have a liliaceous liver – but rather to ensure that the English amateurs who ran the home game would not be subject to the same tactics and skill in case their own talents were called into question…and with their ‘talents’, their control.

When I started to watch cricket amateurs and professionals often had separate dressing rooms…and on some grounds still used different gates on to the field of play.
On the score card an amateur’s initials were followed by his name, whereas for the professionals the reverse was the case..

So when a young man played at Lords and was described on the scorecard as F.J. Titmus the discovery that he was, in fact, a professional led to a public address announcement in the following terms:
‘For F.J. Titmus read Titmus F.J.’
Status was important.

Things changed over the years.
Kerry Packer showed the importance of showmanship and the power of television….
Players began to wear coloured clothing to play one day games….
Players associations raised their heads – and the income of their members…
Money came into the game in a big way as commercial television bought the screening rights…
Players began to be subject to training regimes….I gather that as part of their current contract they have to have their body fat measured with calipers: the mind boggles. If they had tried that on Doug Padgett they’d have been sending out for fresh instruments.

And now the administrators have another concern – controlling what is seen on the screen.
Septic Cola sponsors a series?
Then no other beverage’s cans should be seen to be consumed on the ground by the eye of the T.V. camera, so stewards ransack the bags of spectators as they enter.
Salmonella Sandwiches Inc have the catering contract?
Bang goes your pork pie.

And it doesn’t end there. 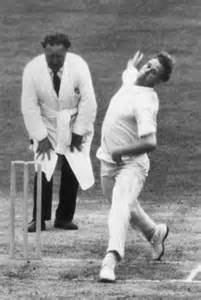 I remember defying maternal warnings as to the inevitability of contracting piles by sitting on the grass behind the boundary rope at The Oval and watching Ken Higgs tear the Pakistani batting apart….you were part of the action, at the players’ level.
Now cricket grounds are supplied with stewards (for which read bouncers) ready to keep the paying public in its place – on flimsy bucket seats in lurid colours in the stands – when not otherwise engaged in picking up champagne corks which have strayed from the ‘hospitality’ boxes where the guests of Septic Cola and Salmonella Sandwiches booze the day away.

As evidenced by that long ago fascination with Padgett balancing on the boundary rope it has to be admitted that cricket – in its traditional form at least – has its languors…its ennuis…
There are moments when you can produce a book, do your knitting, attack the smuggled pork pie….or, if in high spirits, attempt community action.

You can play with a beach ball….until the stewards confiscate it.
You can start a Mexican Wave….unless the ground has been designed specifically to thwart you.
Or you can start to make a beer snake.

Now…it has its drawbacks.
There are people who do not wish to have drops of warm stale beer falling on their heads and their apparel as the joints of the snake flex under strain.
The answer is simple.
There are grounds for which the ticket requests ask whether you wish to attend in fancy dress.
If you do, then you are put in one stand with all the other assenters.
If you don’t care to sit among groups of hairy legged air stewardesses, Vikings, Shaun the Sheeps and H.M. the Queen, whose frequent beer fuelled sallies in search of the loo will be greeted by half the spectators rising to their feet and singing the national anthem, then your seats will be situated with the book readers, the knitters and the pork pie smugglers.

Just add the beer snake option to the ticket…and the job is done.

Bit it won’t be.
Because the beach ball players, the Mexican Wavers and the beer snake charmers are just enjoying themselves: they are not coughing up more than the exorbitant price of their ticket – so they must be controlled lest for one instant the eye of the camera is diverted from the advertisements for Toxic Bank of Tax Haven which line the boundary.

Francis Thompson mourned the Lancashire cricketers of his past:

O the beach ball and the beer snake long ago.