The Ashes series ended early in the evening…my time. England collapsed again…even the captain going down to a bug caught by eating jelly and ice cream at his son’s birthday party.

Hang the England – and Wales – Cricket Board who have sold the game down the river for a mess of Murdoch’s pottage!

Hang the ‘experts’ who ruin every promising young cricketer they get in their clutches by sending them to the gym to produce huge torsos on little legs and then rub every spark of originality out of their game!

Bring back Geoffrey Boycott! He might be in his seventies but his mind is young and his analysis is spot on. 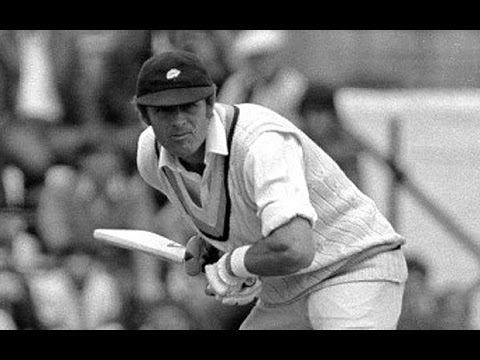 And with him in charge the old guard of players hanging on to their lucrative central contracts might have to earn the money they rake in or make way for the youngsters. The way things are these days those youngsters might be drawing a pension before they get their chance.

Remarkably, after venting my spleen, I went to sleep as soon as my head had touched the pillow that night. Note to self…vent spleen more often…

Only to be awoken an hour or so later by the thuds as the bulk of Stein – one of the American Staffords – hit the bedroom window.

Not fancying the entry of Stein, who weighs more than forty kilos, surrounded by shards of glass I put on my dressing gown, took up the torch and went out to investigate.

No, he was not keen to join us…he had other prey in mind. 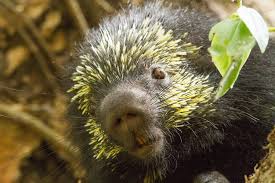 Not what you want to meet on a dark night…and you certainly don’t want your dog to meet them.

When threatened they cast their spines which have tiny barbs, making them very difficult to extract…treat your dog at once if you want to avoid infection.

Too late to do much except to put Stein in his pen to avoid problems…such a good dog, he went quietly despite the attraction of the prey.

One hour later, it was Bunter, the other American Stafford, kicking up.

The blasted porcupine had moved to the far side of the house and Bunter was at full stretch to try to catch it.

Bunter in the pen likewise..though with more difficulty as he is still – and always will be –  just a huge pup. More than forty kilos of pup.

More uproar. The porcupine was in the rafters over the balcony and the thugs disapproved.

Thugs locked into the house, and peace finally prevailing.

The porcupine was still ensconced in a corner of the balcony. The dogs stilled wished to have at it.

Danilo arrived and we decided to trap the animal…which is a protected species…and take it to the appropriate authorities.

Danilo collects an empty dustbin and balances on the wall of the swimming pool.

I take up a long pole and disturb the porcupine…which is displeased. A volley of spines is cast while I try to  encourage it down the electricity cable to which it is clinging.

It is the size of a small dog, its paws can cling well and its tail is prehensile.

Not to speak of the spines. Volley after volley fall about Danilo who is underneath it.

Poor creature…it is terrified, chattering its teeth and grunting…

Finally he traps it…then puts the barbeque grill on top of the dustbin and ties it shut before taking it to the car.

Not a passenger with whom one would care to share the space.

We drive carefully over to the local Environment Ministry Office.The door is locked.

Danilo calls out that we are here.

A woman answers that they are not open yet.

Yes you are. It is past eight o’ clock.

But they are in a meeting.

That’s all right. We have a porcupine here…we can just let it loose in the office for them to deal with later…

The door is unlocked and a chap  comes out with a vetinary cage.

Just give me a hand, will you?

The porcupine is unwilling to leave the dustbin and thus ensues a ballet of its feet and our hands trying to dislodge it without being spiked.

Both animals, once signed off fit, will be released in the National Park, some fifty  kilometres down the road from us .  Costa Rica cares for its wildlife.

Leo is wondering why his breakfast is late…