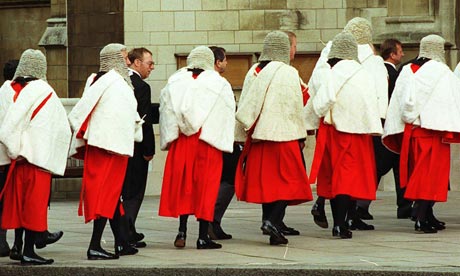 A phrase arising to the lips of judges who are improperly addressed, or who are addressed by advocates improperly dressed..or, horror of horrors… a combination of both.

A High Court judge  – his Lordship – does not relish being addressed as ‘Your Honour’ and certainly not if the person so addressing them is not in  appropriate court dress – or in a variant of court dress which, while possibly fashionable, has not been blessed by the custom of  ages.

Quaint, you might think…but it is an attitude not confined to the courts.

Brexit and the  American Presidential election have made it clear that those not observing the norms cannot be heard…well, at least, not with respect for their views.

When at school, we were taught that we must make – and appreciate on the part of our opponent – a reasoned argument.

Fine…we were taught logic, we appreciated the breadth of the English language and we could cite backing for our views. We knew how to debate within the norms.

Work taught me that people could make a case without those refinements, from their experience, from their own vocabulary – and from their sense of justice.

It was the job of the professional to put that case into the Procrustean bed of the law, to allow it to be heard with a chance of success.

The Procrustean bed seems to have expanded in recent years, to include political expression – as reflected in the media.

I should here declare an interest.

Had I been eligible, I would have voted for the U.K. to leave the European Union.

Thus, according to the ‘bien pensant’ media I am an ignorant racist.

It is not acceptable to say that you do not conform to the comfortable ‘bien pensant’ way of thought:  the way of thought of those who live a life divorced from need, from insecurity, from hope destroyed, who have no empathy with those whose experience tells them that the current system has nothing to offer them or their children.

The lesson from Brexit and from the downfall of Clinton is that we should learn to listen to each other, to take each others’ concerns seriously, even if those concerns are couched in a language or in a fashion which appears to us to be improperly dressed.

But I’m not holding my breath.